a page for store all handmade creations i've made, i love a lot to draw and color but i always loved even manual work and dreamed often to be an artisan a day

since young age loved to put my hands in glue and just modifying anything i could find, school assignments was always my favorite hours, at home spent hours watching art attack, melevisione and l'albero azzurro on tv and anything that showed tutorials with the classic rounded scissors, collage/decoupage, sewing, beadwork, papier mâché, origami, decorating

my favorite are: mask making with papier mâché or anything masks are one of my biggest passions, bracelets and covering stuff with glitter, glitter jars because love to play with them when bored or need to distract/relax 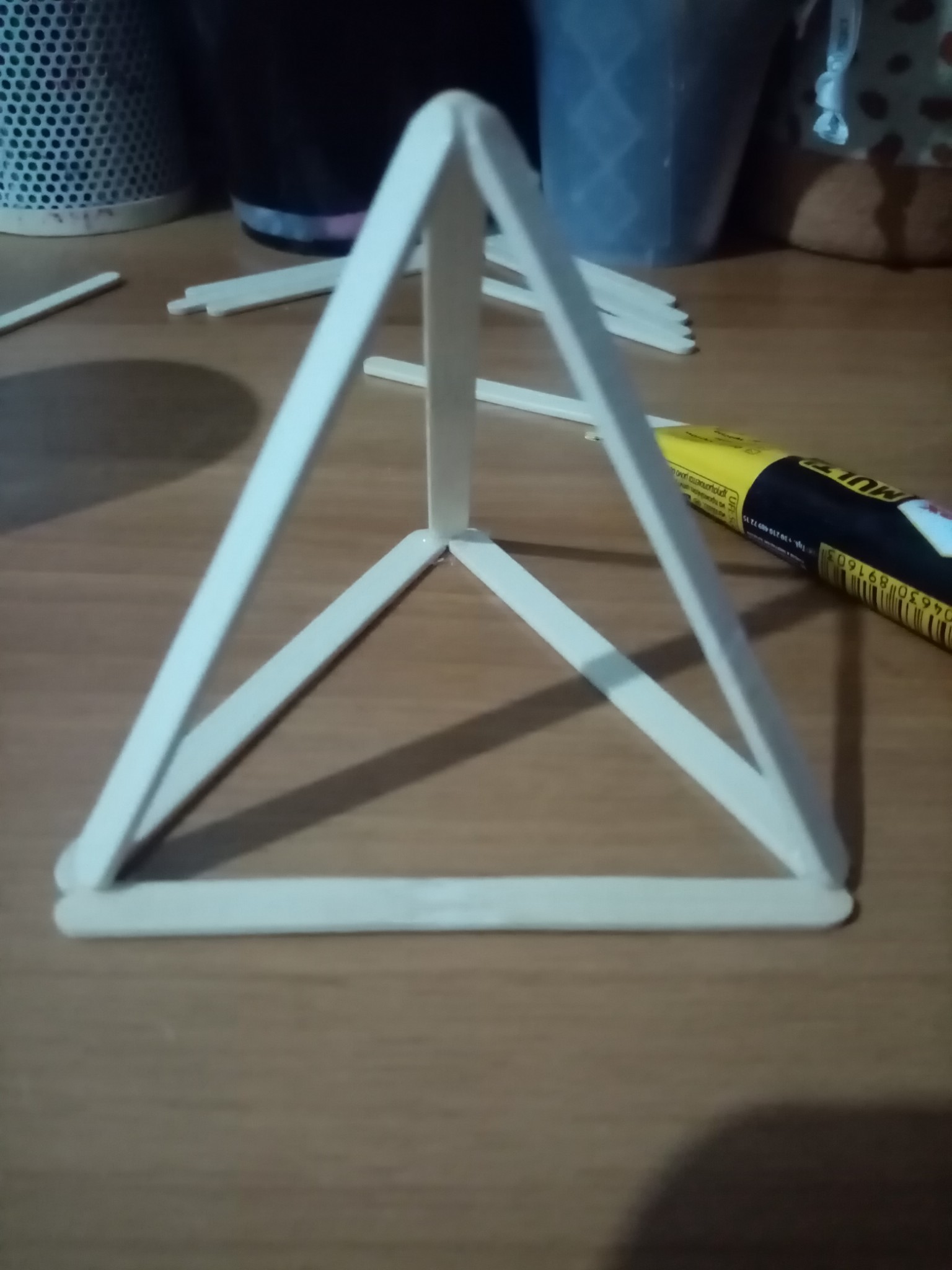 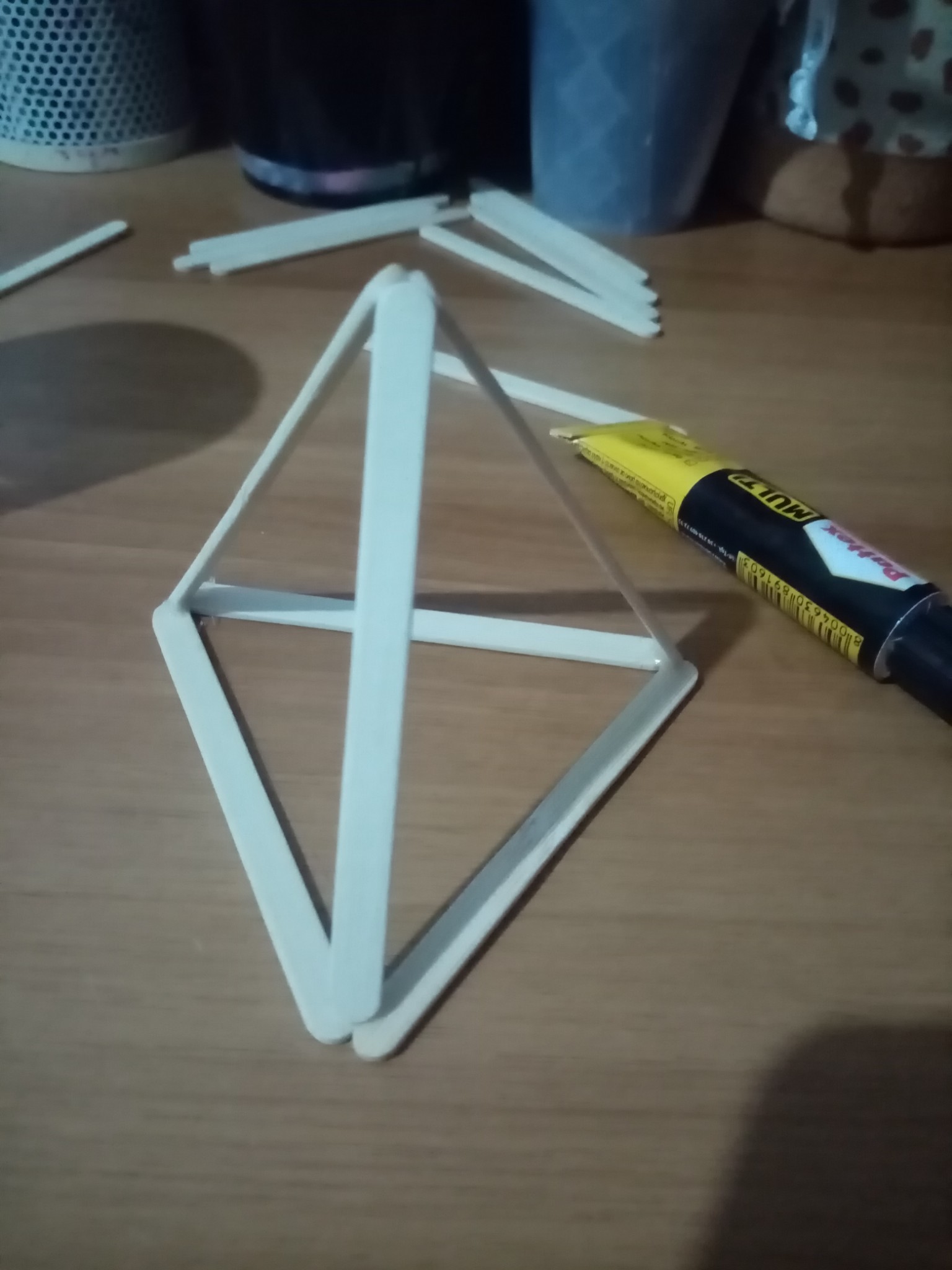 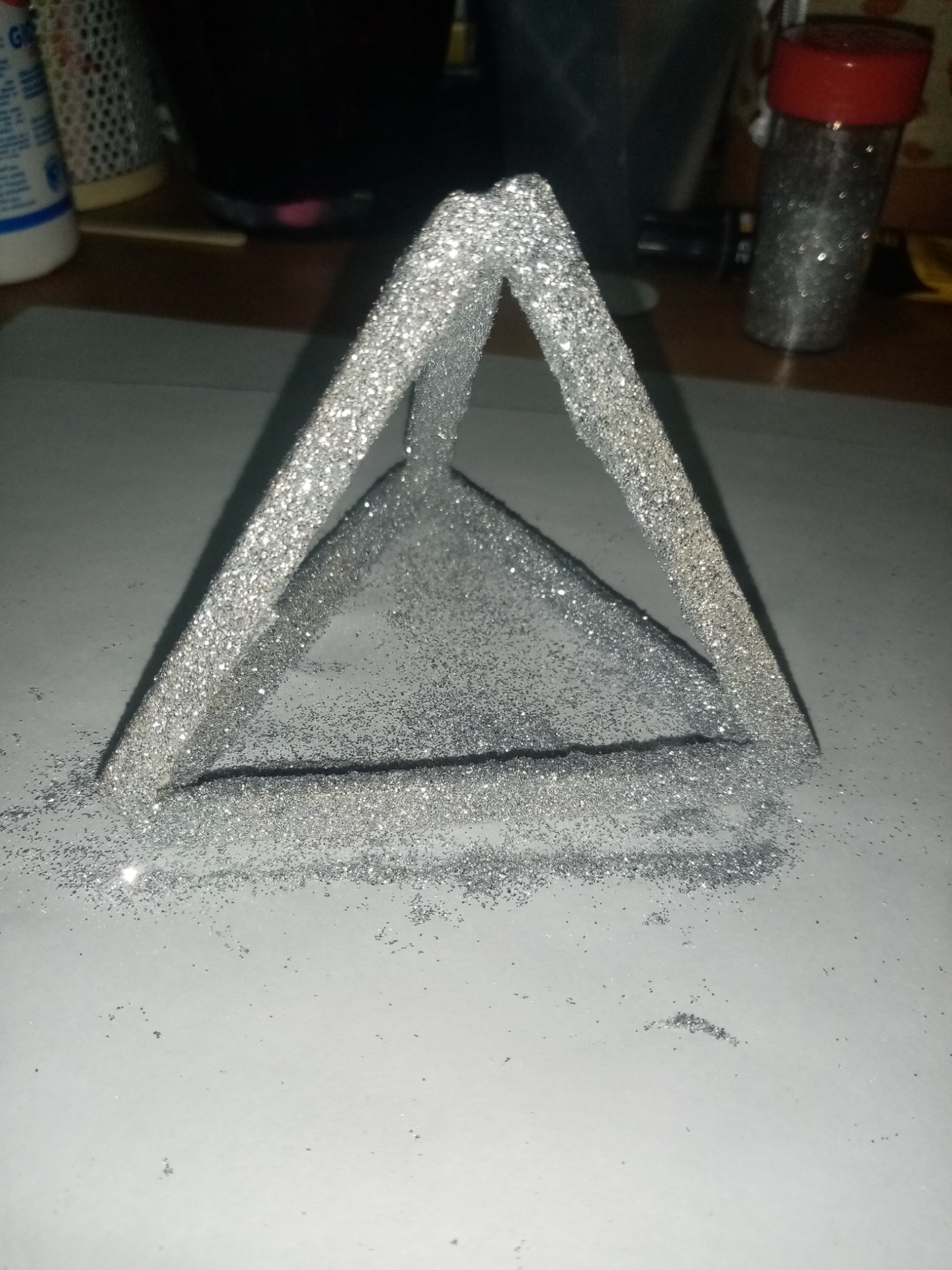 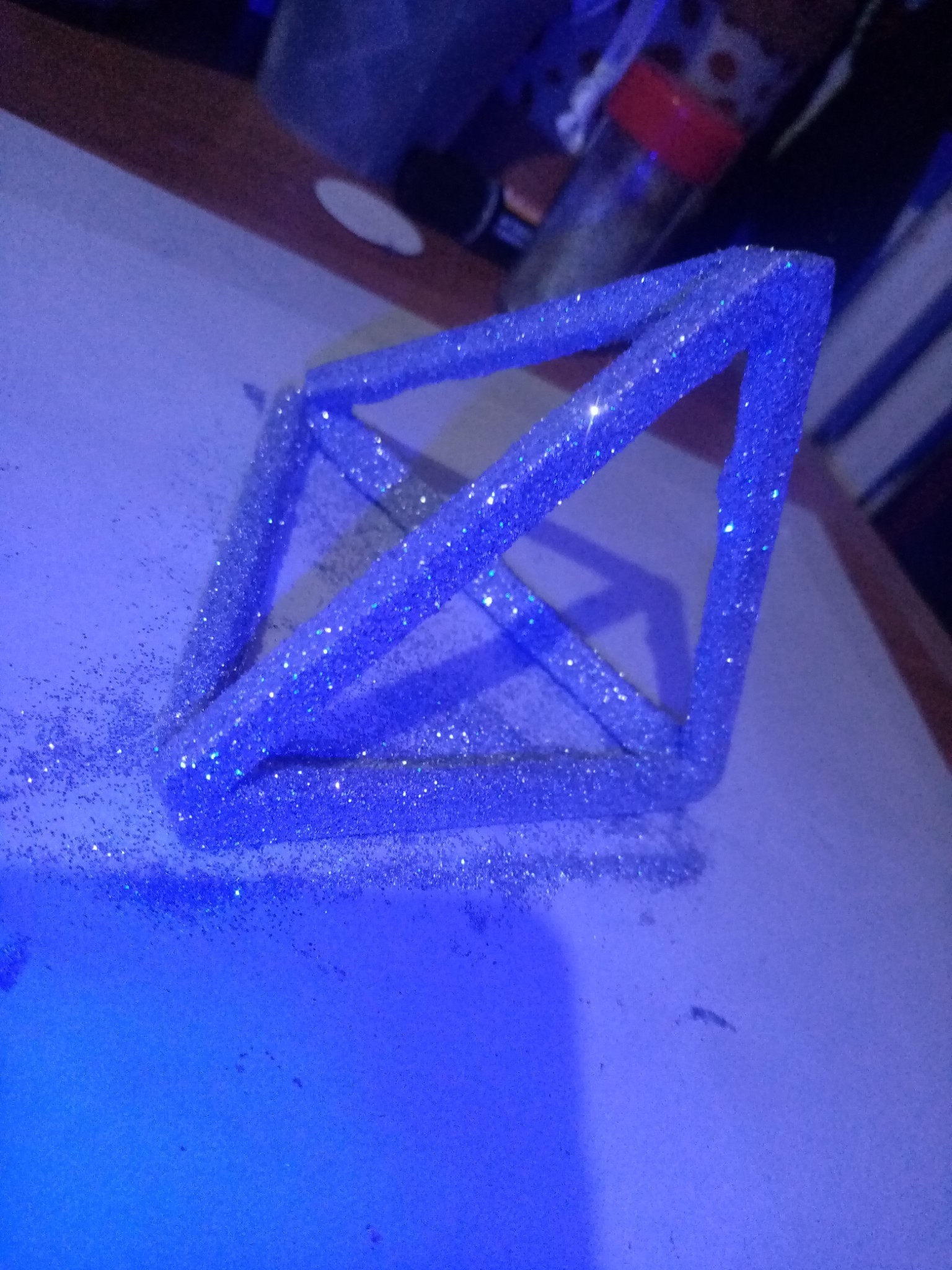 2021 minimal xmas craft, i've taken few unused bamboo coffee stir sticks and tried to connect them with super glue in the corners, often they would fall down until was completely dry and not anymore rubbery, reiforced the sticks with more sticks making them more bold and less fragile still with super glue, filled the internal corners with super glue still for reinforce, after everything dried down with vynil trasparent glue showered several times the structure with glitter paying attention to cover the parts where the superglue was showing and the internal parts, honestly could had worked any type of materials like icepops, toothpicks just some long shaped solid material, when finished used it as table decoration with other decorations in the empty center :3 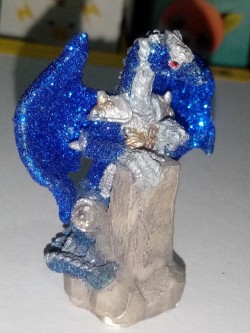 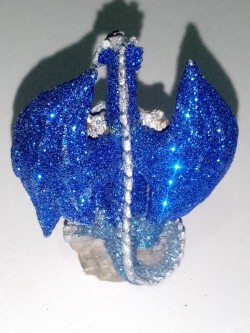 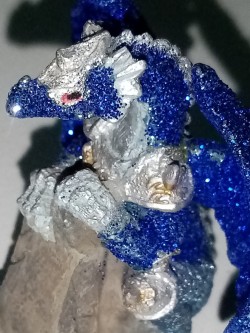 i've got this dragon in 2012 while in turin for a school trip related to advertising into national museum of cinema, as personal souvenir got this as i love dragons and a mole antonelliana miniature for my family, by some years the dragon lost a lot of glitters, the wings and some other parts got broken looking like a wingless lizard and paint ruined, this year attached again the wings with some super glue and with trasparent vynil glue sparkled on it blue glitter until was covered and they would't fall, painted again the silver parts with a silver marker, the dragon is still to be completed as in photo it still shows the previous glitter also some parts i couldn't repair because missing 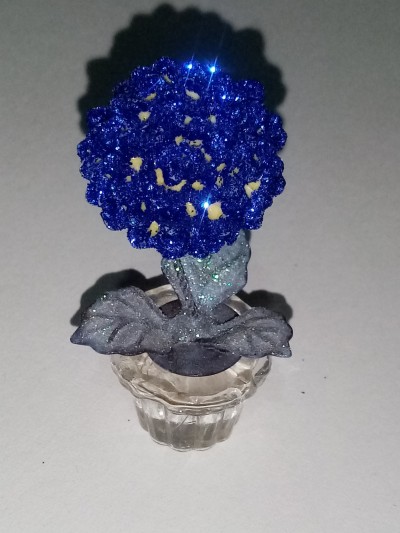 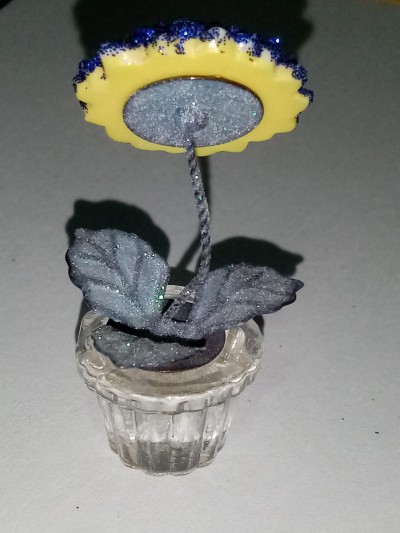 another still work in progress, the original was yellow like the unfinished back of flower, the bending golden iron parts was ruined and wanted to change color to it, the first attempt was covering the iron part in sparkly nail polish but wasn't satisfied with the result, ended up using white with green sparkles and blue glitter, unfortunately the glitter and glue didn't reach the inside of petals so when gonna finish it will try to use a toothpick this time 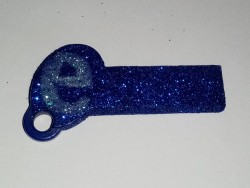 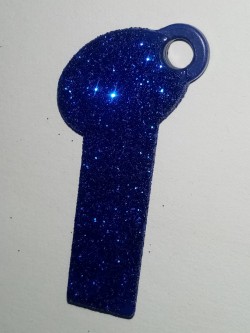 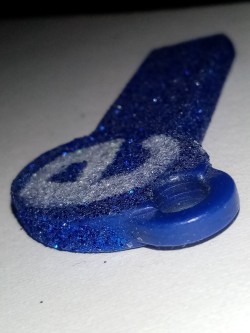 this was my old school dark blue key used for get stuff into vending machine during the pause without using coins that always got stuck (just like the many snacks that got stuck T.T), as didn't been into that school in years and the logo reminded me of internet explorer so covered it in blue and white for show better the "e" glitter, actually had some troubles because the glitters didn't wanted to get glued on the plastic and was difficult to not mix the colors as they was very close 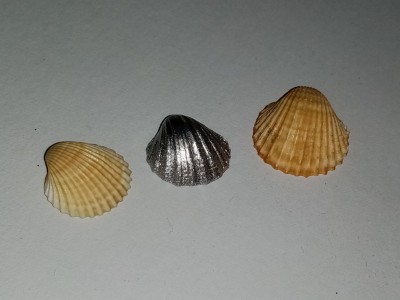 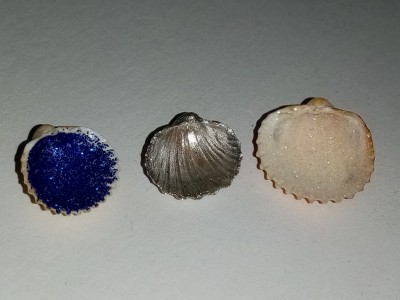 this are some shells i've collected on the playa beach at catania some years ago, don't want to remember that bad period due some family problems and deleted all the photos of it as make me sad but the city and the sea is still deeply in my heart is the only memory i still have of it aside a bit of sand in a bottle, some of them wanted to do some craft with them so used glitter on them, one of them is covered in silver nail polish and it's the one turned out best, the least favorite is the blue one i thinked many times to remove the glitter from the blue one for change it with something else